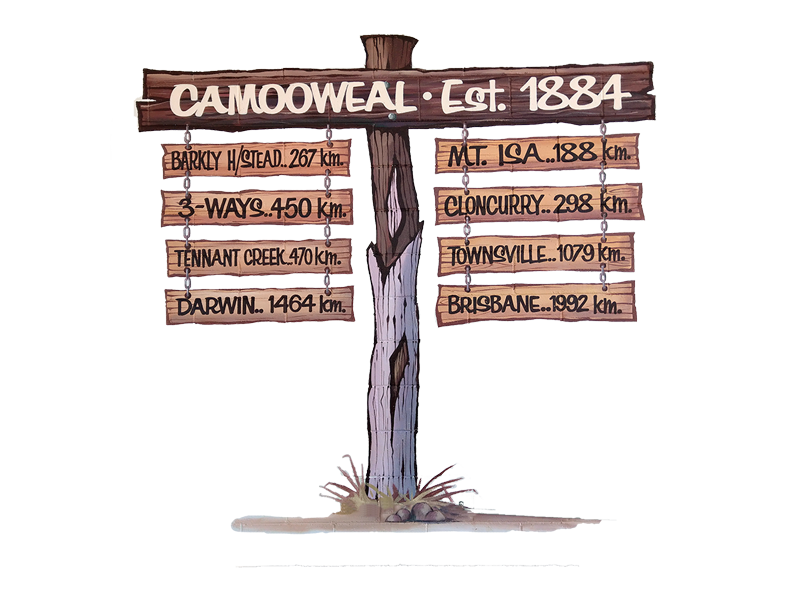 Camooweal proudly declares itself ‘Gateway to the Northern Territory/Queensland’, It is the most westerly town in Queensland as the Northern Territory border is only 14 km to the west. which is in fact a part of Mount Isa city even though it is 189 kilometres away. Barkly Highway Known as “the longest main street in the world”, also known to locals as ‘Tojo’s Highway’ – a reference to the Japanese military leader who had forced its building.

It was built during World War II with American funds as the theoretical ‘front line’ in the Northern Territory. There are numerous historical sites marked along the road.

The area was originally inhabited by the Indjilandji Indigenous Australians. The town is said to take its name from surveyor Mr GT Weale, who was apparently the first person to bring camels into the area, although this has been questioned.

William Landsborough in 1861 named the Barkly Tablelands after the Governor of Victoria, His Excellency, Sir Henry Barkly. The first settler to the area was John Sutherland, who took up the Rocklands lease in 1865. Stock losses to the local dingos and wedge-tailed eagles; lack of water and isolation soon forced him to abandon his lease. The Englishmen Benjamin Crosthwaite and William Tetley, who were marginally more successful, took up the lease again in 1876.

The initial town was gazetted in 1884 to be built on a 4-square-mile (10 km2) plot by Lake Francis. A year later the present site was re-gazetted and Camooweal Post Office opened on 27 April 1885. Other milestones for the town were the addition of a police station in 1886, opening of a provisional school in 1893, drilling of the town bore in 1897 and the arrival of electricity in 1952. 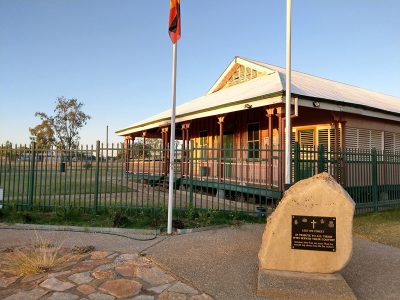 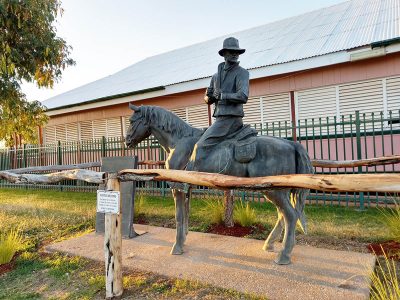 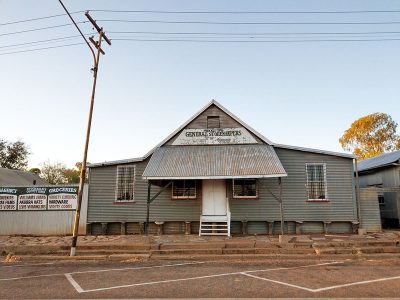 Community Hall is a heritage-listed former town hall at Barkly Highway. It was designed by Rooney Brothers and built from 1922 to 1923 by Hogarth & Hammond. It is also known as Barkly Tablelands Shire Hall.